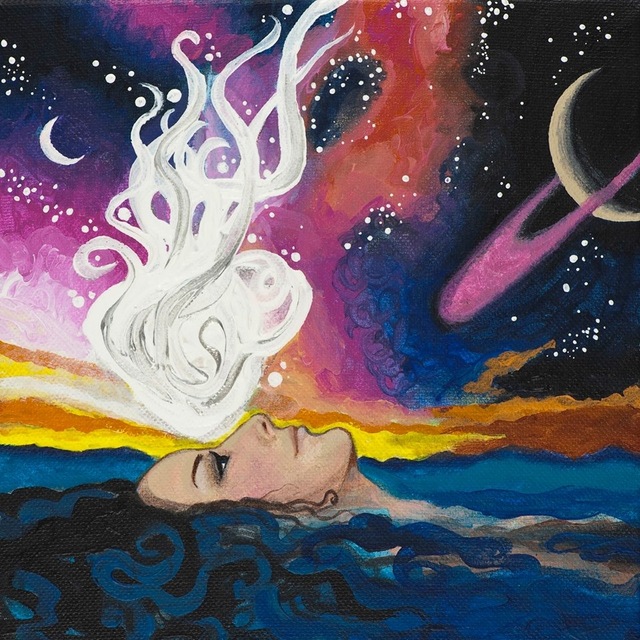 These are water tanks big enough for one person, often set up at spas, where you can pay to float in salty water for hours, receiving almost no sensory information at all.

Sure, it seems crazy, but there are actually some alluring benefits, particularly when it’s done for short periods:

And as much as I’m really excited to try one of these tanks myself now, I’ve also found some interesting ways to use the same principles in an average day.

So what is sensory deprivation

Sensory deprivation means not giving your senses any input at all. So in total sensory deprivation (which seems to be pretty close to impossible), you wouldn’t be able to sense anything—no sounds, no sights, not even the touch of clothes on your skin.

Forced sensory deprivation has been used in torture situations, but there’s more to it than that. It’s been used for computer games, and has also been studied extensively, particularly in the 1950s and 60s. This is when floatation tanks first began to gain interest. In 1954 the first floatation method was created by John C. Lilly, a neuro-psychiatrist, as a way to create sensory-deprived control groups for his experiments, but he found that the floatation itself was a much more interesting area to study.

Since then, floatation has become a popular recreational activity thanks to the clarity and relaxation it provides.

The modern scenario sounds much more comfortable, and goes something like this:

You strip off, shower and step into a pod-like tank full of water and 850 pounds of Epsom salts. The salts make sure you float and prevent the risk of drowning by making it extremely difficult to roll over.

Inside the tank, you close the door (it doesn’t lock, so you can get out anytime) and lay on your back in the water. The salts make you so buoyant that you feel weightless. You can keep your eyes open, but it’s so dark that you won’t notice any difference if you have them closed. Oh, and you’re wearing earplugs, so you can’t hear much of anything.

You lay here, alone and isolated from sensory input for 60 minutes or more.

On a weekday morning, I climbed the stairs to La Casa, took off all my clothes, and, after showering, stepped into a large tub inside an enclosed chamber. I slid the blackout door closed behind me, eased down into the water, and touched a button that switched off the lights. I was floating in total darkness and silence. The saturation of Epsom salts in the water made me unnaturally buoyant—my face, stomach, and knees an archipelago of islands amid the tub’s ocean.

What sensory deprivation does to your brain

We’re all different so results will obviously vary, but there are some patterns in what people experience from being in the floatation tanks.

For what must have been the first 15 minutes, I wondered what I was doing there. I thought about my plans for that evening, stories I was working on, whether there was any food in the fridge back at my apartment. I felt bored. I felt silly. … I even got jumpy. I had a brief urge to stand up, water dripping everywhere, and walk out.

Then a transformation began. If you’ve ever taken psychedelic mushrooms (and come on, who hasn’t?) you might recall a certain feeling that arises as the drugs take hold. “Something is happening, something is happening,” your body says to your brain, with mild urgency. I got a feeling akin to that while floating. My brain went a little haywire. When the storm passed, I found myself in a new and unfamiliar state of mind.

The long period of nothingness leaves you with only your mind, essentially. Once your body starts to get used to the lack of sensory input, the stress-centers of your brain relax and release less cortisol—the main brain chemical related to stress. Graham Talley, who owns a sensory-deprivation tank center in Portland, explained it like this:

Without the constant pressure of analyzing the world around you, your body lowers its levels of cortisol, the main chemical component of stress. “Your brain also releases elevated levels of dopamine and endorphins, the neurotransmitters of happiness,” Graham continues. “Not having to fight gravity lets your muscles, joints, and bones take a well-deserved break. Without the gravity pushing you down, your spine lengthens an inch, chronic pain is relieved, and your muscles get to fully rest.”

Being inside the floatation tank takes your brain from highly conscious alpha and beta waves to solid theta waves—the kind you would normally have right before falling asleep and just after waking up. Normally we only experience these theta waves for a few minutes, but having extended theta periods helps us to visualize better, often giving us vivid mental images.

We all experience theta, but most people fall asleep at the onset of it. You’re probably familiar with the telltale sign of theta—vivid mental imagery even though you’re awake. The float tank provides a reliable means to achieve and sustain this beneficial state without the years of practice that is normally required by advanced meditators to achieve theta at will.

The benefits of depriving your senses

Floatation has also been seen to improve a range of ailments and emotional states, such as:

and even technical ability for musicians.

Some researchers conducted an experiment on musicians to see how their abilities would be affected by floating in these tanks. They had interesting results:

“a significant difference between the treatment and comparison groups on technical ability, but not on any other dimension,” the researchers write. Thanks to this enhanced skill level, those who had floated “had significantly higher grades in the jazz improvisation class than the comparison group.”

…the difference in their ability was very likely the result of the flotation sessions.

Wikipedia lists some more of the benefits:

In a float tank the theta state can last for several minutes without the subject losing consciousness. Some use the extended theta state as a tool for enhanced creativity and problem solving. Spas sometimes provide commercial float tanks for use in relaxation. Flotation therapy has been academically studied in the USA and in Sweden with published results showing reduction of both pain and stress. The relaxed state also involves lowered blood pressure and maximal blood flow.

How this affects creativity

In terms of creativity specifically, here are two of the common patterns that people generally notice from using the floatation tanks.

When tests were done on the increase of creativity and technical skill, the longer the period after being in the tank, the less pronounced the effects:

Previous research that found increased creativity in university students after floating sessions measured their abilities immediately after they left the tank and dried off.

Float H.Q. in Portland even set up an Artist Program to introduce artists to the for free:

One of the coolest advantages of floating is how much it boosts creativity and nurtures inspiration. After floating in complete isolation, your senses are heightened… colors are more vibrant, scents more aromatic, and food taste better.

When part of your brain stops getting input—e.g. if one of your senses is deprived—other parts of your brain will pick up the slack. Many floaters experience hallucinations as their brains respond to not getting sensory input. This is part of the vivid mental imagery I mentioned earlier—your brain is relaxed enough to visualize strong images you wouldn’t see normally.